Our radiologists have subspecialty expertise in breast imaging and are part of a team that provides compassionate and comprehensive care to women. The breast care service we offer include: 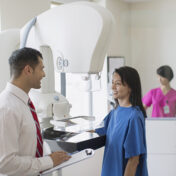 Digital mammography uses essentially the same system as conventional mammography, only the x-ray film is replaced by electronics that converts the x-rays into digital pictures. There are two major advantages to this. The first is that the radiation dose to the patient is much smaller. The second is that because the images are digital, they can be manipulated in order to see subtle differences between tissues. For example, being able to increase the contrast and enlarge the image can help distinguish between dense tissue and malignant tissue. In addition, since the digital images are immediately available to view by the radiologist, patients spend less time in the exam room. 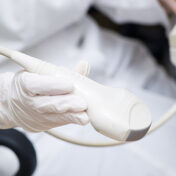 Breast Ultrasound is an imaging technique that uses sound waves to create images revealing the tissue composition and blood flow in any area of the breast. It is often used as a follow-up study to further evaluate areas of concern found on a breast exam or seen on a mammogram or breast MRI. 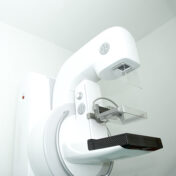 Conventional mammograms (two-dimensional) may cause overlapping of tissue that can either hide abnormal findings or make superimposed normal tissue appear abnormal. 3-D mammography (tomosynthesis) uses low-dose x-rays to generate images that are acquired in an arc over the breast and reconstructed by a computer to create 3-D images. This provides the radiologist with more detailed images, even in dense breast tissue, thereby allowing for an increased chance of detecting cancer and a decreased chance of generating a false alarm. 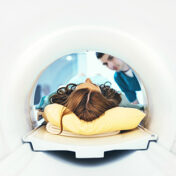 Breast magnetic resonance imaging (MRI) is often used as a supplemental tool to mammography or breast ultrasound. This exam may be performed to screen for high cancer risk patients, determine the extent of newly diagnosed breast cancer, or evaluate abnormalities that are difficult to assess on mammography. The procedure uses a strong magnetic field to generate detailed images of the breast. A contrast agent will normally be administered through IV to optimize the images so that any potential abnormality becomes more apparent.

A breast biopsy is typically done either when a lump is found on breast exam or a suspicious area is identified on mammogram, MRI or ultrasound. A biopsy is the only way to determine whether an abnormal finding is cancerous or not. Biopsies are performed using image guidance in order to precisely pinpoint the area for tissue sampling thereby decreasing the chances of a false negative result. Depending on the characteristics of the abnormal finding, either an ultrasound-guided, stereotactic, or MRI-guided biopsy will be performed.